The Harpsichord was born in Italy or Flanders towards the end of the fifteenth century, being thought to derive from the Psalter. 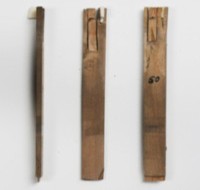 It is a keyboard instrument, with plucked strings.

The plectrum to pluck the strings, made of bird feathers, is mounted on a wood rod, called the Jack.

The name HARPSICHORD (which is found in early Italian, Arpicordo) describes the nature of the instrument, which is, in practice, a harp with a keyboard.

The Italian name Clavicembalo is instead the union of Cymbalum, an idiophone with a shiny metallic sound (somewhat reminiscent of the harpsichord) and the word Clavis, that is Key, which resembles the shape of the C Key. 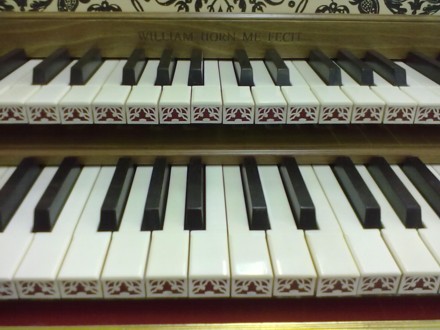 Each key can match one string (that is, one register) or more, which may be in unison with another (ie, height of 8 ‘ according to a terminology derived by the organ building), or at the upper octave (ie 4 ‘).

Occasionally, in Germany some harpsichords were built with a 16’ stop, that is, at the lower octave.

The harpsichord often has a single keyboard, but in the eighteenth century especially, there are many instruments with two keyboards. The two keyboards are tonally different and can be coupled with a mechanical device. 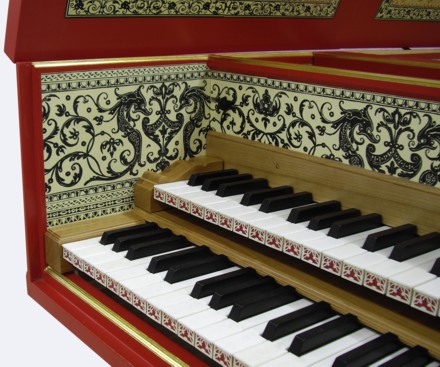 The keyboard compass follows the needs of the repertory of the time: in the sixteenth century it is about four octaves (with the first consisting of only 8 eighth notes, so-called “short or broken octave”), to reach full five octaves in the eighteenth century, which for many is considered the Golden Age of the harpsichord (which the philosopher Voltaire once called “the King of musical instruments”).

In the second half of the eighteenth century, the harpsichord suffers on account of competing with the Fortepiano, which will come from apparent defeat because of the changing aesthetic tastes of the time. 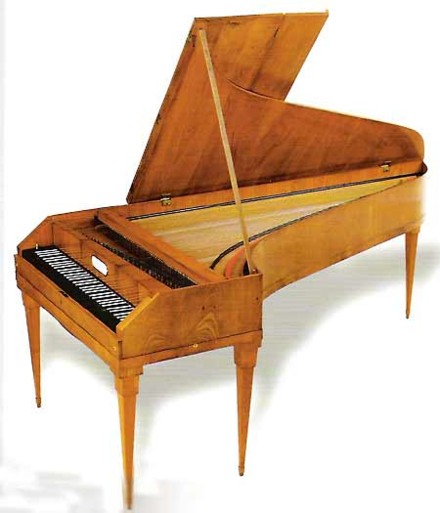 In the twentieth century, with the rediscovery of J.S. Bachs works, the harpsichord will be rehabilitated, thanks to famous performers such as Wanda Landowska

The harpsichords produced during this period (which continues even in our time), however, are made with techniques and materials borrowed from the piano building, and the tonal quality is absolutely unsatisfactory.

In the period after 1950, because of such pioneers as Frank Hubbard and William Dowd, makers have returned to the original building tradition, referring to the ancient instruments preserved in museums, allowing for the realization of historical copies (instruments made of materials similar to the original and according to early building techniques).

During three centuries, the harpsichord, the most popular and versatile keyboard instrument, has adapted to the different needs of each musical era and geographical region.

When choosing an instrument, one should therefore consider not only price and size but also what kind of repertoire one wishes to play and to what use one intends to put the instrument.

The descriptions provided below should assist in making such a determination.