The English school of harpsichord making developed independently in the eighteenth century, having previously been influenced by the various continental schools.

The great English makers, among them Kirckman, Shudi, and Hitchcock perfected to a remarkable degree the technical aspects of construction, the playing action in particular.

The disposition of the English instrument is similar to the French one (two keyboards, 8’8’4′) but with the introduction of a new register: the lute.

This term does not indicate the stop long employed by the Flemish and French makers which was just an effect produced by dampening the strings; this is an independent register that plucks the strings very near the nut (the bridge next to the tuning pins). 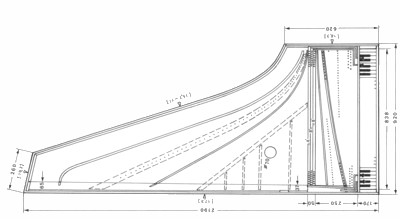 Later instruments, built as the piano came into its full glory, sometimes had a mechanism called the “swell” which theoretically allowed for graduations of volume.

The cases of English instruments are characterized by elaborate inlaid wood, a much-practiced art of the time. 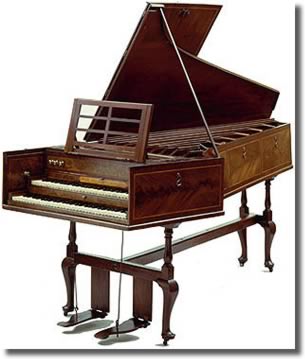